Salem Equipment, Inc. has been a leader in providing complete sawmill systems and individual machine centers for the Forest Products Industry for 70 years. We are firmly established, providing our customers complete services in design, manufacturing, and field services.

Salem offers a full range of products of our own design and manufacture including log debarking and bucking systems, primary breakdown systems, resaw systems, board and gang edging systems, trimming and sorting systems, and residuals processing and handling systems.

Our company sales, engineering, and manufacturing facilities are located in Sherwood, Oregon. As a wholly owned subsidiary of Wellons, our corporate and administrative headquarters are located in Vancouver, Washington. Our association with Wellons and other Wellons companies gives us ready access to in depth technical expertise in various fields.

We continually adjust and expand our product line in response to changing market needs. We highly encourage you to explore specific equipment pages to see for yourself what's new. 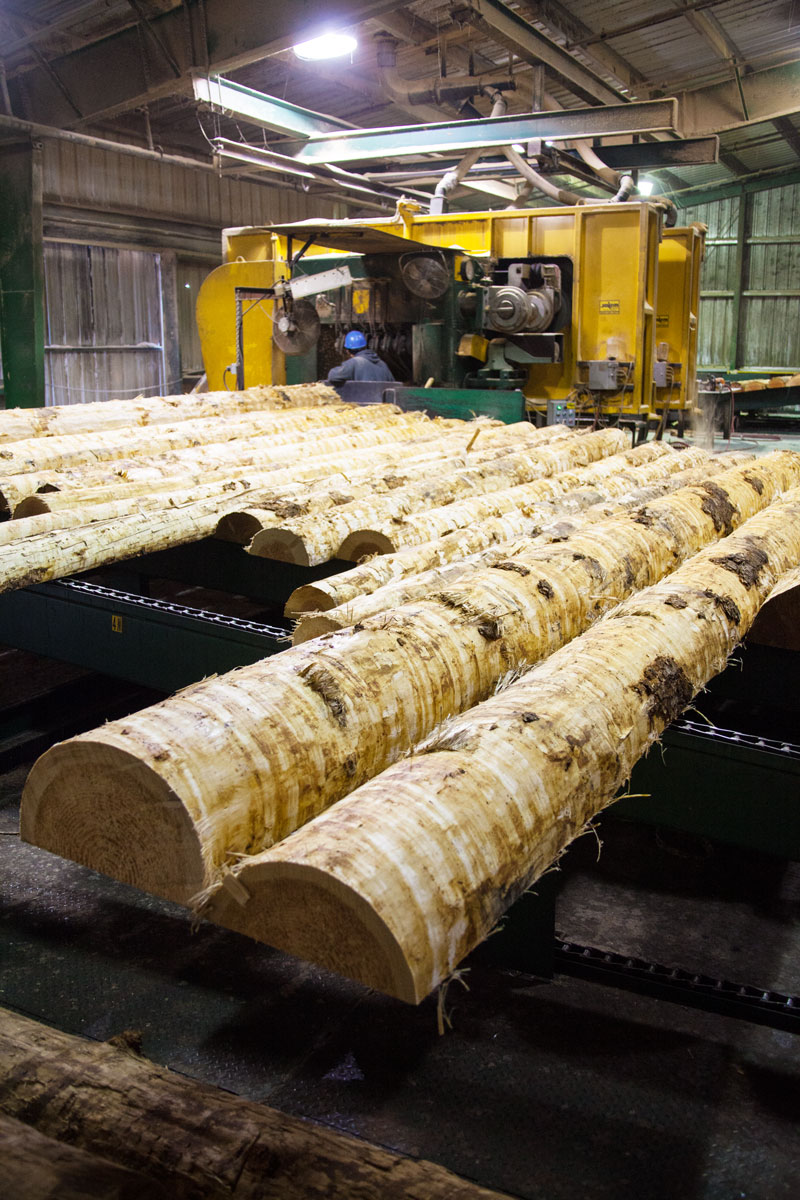 We continually adjust and expand our product line in response to changing market needs. We highly encourage you to explore specific equipment pages to see for yourself what's new.

Salem has been a leader in sawmill equipment design and fabrication since 1946.

Salem develops new high speed log cut-off saws for use in automated small log merchandizing systems. The saws are available in either stationary or moveable configurations.

Salem develops stick placers as an extension of its stacker product line. The stick placer units include a special feature that allows them to place both sticks and lath in the same lumber unit.

Salem develops a line of Optimized Bull Edgers that can capture high value products from cants. The edger sawbox is specially designed to allow the shifting saws to shift down to a minimum net cut of 1-5/8” to allow the ability to isolate ‘heart center’ (and other defects) for the capture of high value specialty products.

Salem extends its lumber sorter product line to include a drag chain sorter. The first system is delivered to Bastin Lumber Company in Lancaster, Kentucky.

In response to needs caused by shrinking log diameters, Salem extends its debarker product line to include a 6 tool debarker. The new design allows increase feed rate over the original 5-tool machines. In addition, the ring centers on a vertical slide system (instead of the original side pivot) for improved centering on small logs.

Salem develops a special grade-sawing resaw system for eastern hardwoods. The first system was installed at Linden and included a 7’ resaw system, a pre-grading station, and an innovative semi-circular run around.

After 10 years of developing several different versions of bandmill air strain systems, Salem develops its first direct air strain system in which a large airbag is located directly under the upper wheel shaft.

Salem soon is developing horizontal resaw machines for RSG Forest Products. With the benefit of the insight and hands-on experience of RSG personnel, Salem fine tunes its horizontal resaw designs and quickly assumes the industry leadership in the development of horizontal resaw systems.

Salem extends its Horizontal Resaw line with the development of a high strain model. The new revised machines are ‘bottom cut’ style and have a setting mill with stationary feedbed.

Salem Equipment develops its first Horizontal Resaw to help support its recently developed tilted headrig system. The first horizontal resaws were light duty machines with the first model being installed at Round Prairie Lumber Company in Round Prairie, Oregon.

With a technology and marketing agreement with Brunette Machine Works, Salem manufactures and sells a line of ring debarkers with a new innovative ring air seal system for more effective removal of bark.